PARTS - Production-Ready Automotive Radar Test System is a high-resolution test solution developed by CONTROLAR for testing automotive radars in the production line (EoL). It ensures automated pass/fail automotive radar validation for quality control and safety compliance. Based on a smart and modular concept, this high-quality test solution allows easy operation and product maneuvering by the user.

PARTS is an all-in-one solution composed of various blocks:

PARTS is specifically suited for the Automotive industry for the functional testing of radar components, with the possibility to be integrated into automated factory production lines.

For additional information, visit the product page or contact Controlar at info@controlar.pt.

Founded in 1995, CONTROLAR is a Portuguese company specialized in industrial automation and test systems with focus on the automotive industry. Initially dedicated to developing hardware and software for this industry, the company evolved rapidly and expanded its business to other areas of industry, thus opening the range of market actions in advanced industrial applications. The company has been experiencing a strong growth and sustainable expansion both nationally and internationally, supplying new products and services with excellent quality at a competitive price level. With over 240 employees, CONTROLAR holds production facilities in Portugal, Mexico and Spain and is represented in Malaysia and India.

Founded more than 80 years ago, Rohde & Schwarz is one of the world's leading manufacturers of information and communications technology products for professional users. Initially focusing on RF engineering and RF applications in test and measurement, radiocommunications and broadcasting, the company has continually expanded its fields of activity over the past decades. In the meantime, Rohde & Schwarz has also become one of Germany’s largest manufacturers of IT security products. The Executive Board is composed of two members: Christian Leicher (President & CEO) and Peter Riedel (President & COO). As an independent, privately owned company, Rohde & Schwarz generates its growth from its own resources. Since the company does not have to think in terms of quarterly results, it can plan for the long term. On June 30, 2018, Rohde & Schwarz had approximately 11,500 employees, about 7000 of whom work in Germany. The group achieved a net revenue of EUR 2 billion in the 2017/2018 fiscal year (July to June). Rohde & Schwarz has an extensive sales and service network and is present in more than 70 countries, primarily with its own subsidiaries. Exports account for approximately 85 percent of revenue. 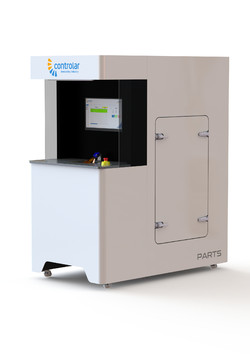