Electronics is everywhere – the world would no longer function without chips and circuit boards. Not that an average user of a mobile phone, a car or even a hospital bed will always be aware of this, but his life would look very different without all those miniature soldered components. And once it is clear how important they are, it also becomes clear how dependent we are on their correct functioning.

That’s where the products of JTAG Technologies, a Philips spin-off from Eindhoven, come in. To put it simply – without JTAG testing there can be no guarantee of a working printed circuit board and without that, there would be no modern television, no medical equipment, no social media, no rocket to Mars, let alone a smart city or the internet of things. In short, the role that JTAG Technologies plays in keeping our society running is hard to underestimate.

All of those essential electronically powered devices would be full of faults without the test equipment made in Eindhoven.
JTAG Technologies has been developing test solutions for more than 25 years and throughout that time, the company has ensured that the method for verifying designs and testing printed circuit boards during and after production remained up to date.

How does it work?

Anyone who wants to test whether a circuit board works correctly has two main options: a functional test or a structural test. During functional test, it is only possible to determine whether or not the board is functioning as it should. If it is not, a costly and time-consuming detection process will be needed to determine the exact cause of the problem. A structural test on the other hand solves this because it is the individual components and the way they are assembled that is tested, relieving the developer or test engineer from a lot of searching after a problem has been found. Sounds good, but there are constraints – this method also requires all the individual parts of the board to be accessible – and that became a serious problem in the mid 80's due to the advancing chip packaging techniques.

Following the introduction of ultra-fine pitch (< 1 mm pin spacing) connectors, their placement on both sides of the boards and the arrival of Surface Mounted Devices (SMD), structural testing had become virtually impossible. JTAG, however, solved that problem using ‘boundary-scan’ technology. Boundary-  scan ensures that the pins of the device or ‘chip’ are always accessible by adding extra logic to the border – or ‘boundary’ – of the chip.

The JTAG system can then isolate the pins from the functional electronics (the core of the chip) and control them separately. As a consequence, chip to chip (and chip to connector) tracks can be tested via the pins ensuring every error can not only be detected instantly but is also easily traceable.
Since it benefits the whole industry, the JTAG/boundary-scan method was officially accepted as the world standard (IEEE Std 1149.1) in 1990 and as a result, JTAG Technologies maintained a global perspective right from the start.

While initially, the technology adoption was mainly within Europe, JTAG Technologies’ sales and service channels in the USA and in Asia were soon established and continue to flourish.

The first boundary-scan standard was soon augmented by additional variants supporting analog testing, in-system programming and embedded instrument access etc. In fact due to the rapid advances in technology almost half of JTAG Technologies’ employees are engaged in R&D while the remainder take care of sales, support and service.

Meanwhile educating the market about the new technology has always been at the forefront of JTAG Technologies’ activities, a process that is also subject to strong regional differences in the way new technology is deployed. Thus, over the past 25 years, JTAG Technologies outlook has grown not only in line with the additional standards, but also with the market conditions and the ever-changing regulations.

For many onlookers, the advent of the USB or the ban on lead soldering may sound like small and logical developments, but for JTAG Technologies, they have presented challenges to their ingenuity and adaptability.

The company’s success is evident from its track record, with more than ten thousand test systems successfully installed via a network of representatives throughout the world, including countries with more complex trading arrangements such as China and Russia.
The consistent theme throughout all the years, however, is the essential role that the company plays within all sectors that work with electronics. From the medical world to defense, automotive, and more, JTAG Technologies remains a prime-mover in keeping our electronics- dominated society up and running. 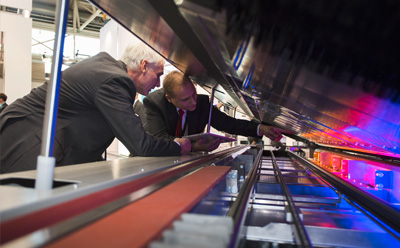 Exhibitors of productronica 2019 present their products!
to the presentations
MATCHMAKING 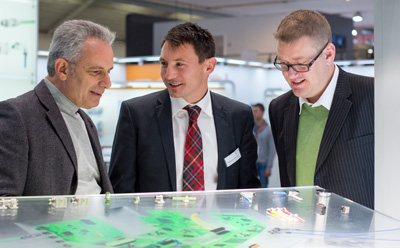